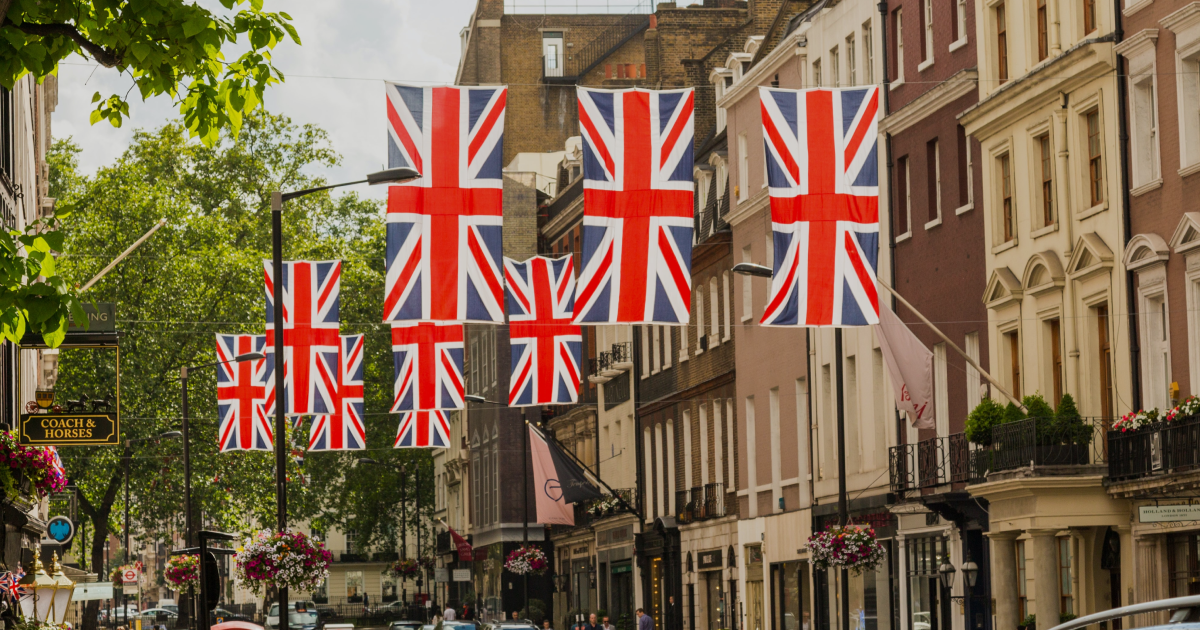 Retailers are set to benefit from Platinum Jubilee spending both in-store and online, a series of studies suggest.

Retailers are set to benefit from Platinum Jubilee spending both in-store and online, a series of studies suggest. Footfall is set to rise along with that spending, as shoppers visit stores for celebratory purchases from food and drink to memorabilia, the research suggests.

Shoppers are set to spend £3.47bn over the course of the four-day Platinum Jubilee, a study suggests.

The research, in which Opinium questioned 2,000 UK adults on behalf of VoucherCodes.co.uk, suggests that spending in-store on food and drink will come to £2.25bn alone, while retailers will also benefit from £0.61bn in spending on decorations and the same on Jubilee memorabilia, from plates to tea towels and coins.

More than a fifth (21%) of those questioned said they were stocking up ahead of hosting or attending a Jubilee or street party. And 52% would like to see the four-day Bank Holiday weekend become a permanent fixture.

Angus Drummond, senior director, commercial, at VoucherCodes.co.uk, says: “The forecasted boost in sales over Jubilee weekend will undoubtedly be welcome news for the retail sector. After several recent reports of consumers being forced to cut back on spending due to the cost of living crisis, shopping from those celebrating this historical event will be well received.

“With the bulk of the Jubilee economic boost predicted to come from retail spending, and strong public support for the four-day Bank Holiday to be made permanent, we anticipate retail brands to follow the hospitality industry in throwing their support behind the proposal. A permanent early June four-day Bank Holiday weekend could help provide a healthy revenue boost for retailers looking for a strong start to the notoriously tricky summer months.”

The combination of the Platinum Jubilee with school half-term holidays is set to lift visits to retail locations from high streets to retail parks by an average 8%, analysis suggests.

High streets will see the number of visitors rise by 10% on the previous week, suggests business intelligence specialist Springboard, with shopping centres (+7%) and retail parks (+4%) both set to benefit.

Diane Wehrle, insights director at Springboard, says: “With just a modest rise in footfall last week, we are anticipating a boost this week generated by the Platinum Jubilee Bank Holiday combined with the school half term break. This is likely to be supported by weather that is forecast to be sunny on Thursday and Friday but not hugely hot, followed by cooler weather with occasional rain over the weekend, making visits to coastal towns and leisure venues on these days less appealing for many and increasing the appeal of retail destinations.

“Looking at last week, which was the week leading up to both payday and the school half term break, there was a modest rise in footfall across UK retail destinations last week from the week before. Footfall rose to an equal degree across all three key destination types, although the results varied from day to day across the week, with footfall impacted mid week by rain - particularly in high streets. The best performing day was Friday, buoyed by warm sunny weather.”

How the platinum jubilee could help brands build new relationships

The Queen’s Platinum Jubilee represents a retail opportunity for those selling across channels, a new study suggests. And Princess Diana wedding dress co-designer David Emanuel says the event represents a change to find new customers for their brands. Among international markets, US shoppers are particularly to be interested in buying Jubilee-related merchandise, he says, and that could offer new opportunities for the future.

More than 9m Britons will make at least one commemorative purchase during Jubilee celebrations, according to research from customer engagement platform Emarsys. It questioned 2,001 UK adults and found 41% were excited by Royal events. Respondents named Platinum Jubilee coins, commemorative newspapers, tableware and t-shirts as items they were considering buying over the coming Platinum Jubilee weekend.

More than half (52%) said they would make retail purchases connected to the significance of the weekend, with the largest group planning to buy alcohol (23%), followed by food for a barbecue (20%), cakes and biscuits (19%), and traditional English food (15%). Some 58% said they had planned to celebrate the event, including by watching celebrations on TV (20%) or by having a barbecue (14%).

Over a third (36%) estimate they will spend up to £50 over the Queen’s Platinum Jubilee weekend, while more than a quarter (29%) don’t plan on spending anything at all.

Fashion designer David Emanuel — co-designer of Princess Diana’s wedding dress — says the event represents  “Royal events like the Jubilee have always been a uniquely British opportunity for shoppers to spend, and that interest doesn’t stop East of the Atlantic. The interesting challenge for retailers and brands looking to make the most of the celebrations is navigating that network of consumers. With so many Americans keen to get involved in the big day, they need to meet customers where they want to meet, with the right content at the right time. Retailers must not only trigger a purchase but create loyal brand ambassadors that keep coming back for more — even once the Jubilee is over.”

Lucy Davies, from Emarsys, says: “With modern technology, we’re more connected to these types of events than ever before. Today, the average Brit has four shoppable devices in their homes, and most of these will be beaming back clips and news on the day itself. For retailers, this is a fantastic opportunity to promote relevant, personally-targeted items to a highly engaged audience.”