Social Commerce: How Social Channels a Leveraging the Power of Ecommerce 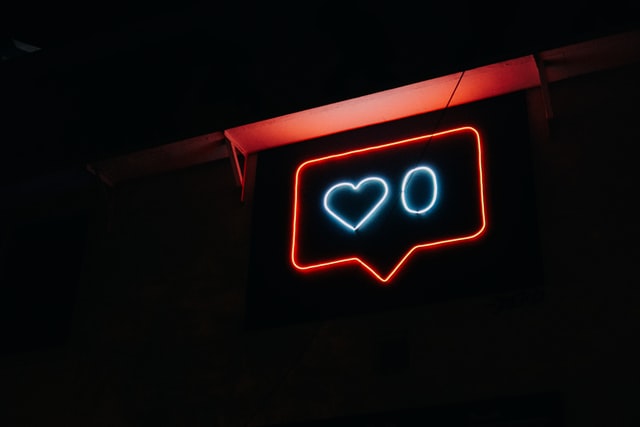 One of the most successful trends to come for 2020/21 has been social commerce, Adimo takes a look at how different social channels are making their mark in the world of commerce...

I know it's hard to believe, but it has nearly been a year since the world was turned upside down...A year since we were sent to work from home and never return...since all businesses and shoppers were forced online. With this, the eCommerce trend has accelerated and a digital transformation is well underway, bringing with it a few exciting sub-trends.

It was forecasted that by 2021, the global social commerce market will increase by about 34% as marketers and retailers want immediate incomes from their budgets. As social brings shops to users, we’re seeing a shift in how retailers are deploying their marketing budgets.

As all the top social channels have jumped on the social commerce bandwagon, we’ve taken a look at how they are getting on...

The rise of some social channels has been startling, to say the least in the last couple of years, none more so than TikTok. The video-sharing app boasted 1.1 billion active users in February 2021, a number that is sure to have gone up in a matter of weeks. Where better to market your products to a younger audience? 83% of TikTok’s audience have made purchases inspired by trending content. But that's not all, people are using TikTok to find new products, #smallbusiness has been used 3 billion times in total. The social channel recently extended its commerce deal with Shopify in the US and Europe. The deal allows 1 million Shopify merchants to have access to 100 million TikTok users.  That’s not the only thing to be excited about however, Tik Tok has added a self-service ads manager as a way of encouraging more brands to the platform and enhancing their eCommerce functionality.

Channels that are not adapting to the pandemic situation and creating their social commerce strategy are likely to get left behind. Twitter has ambitions of generating half of its ad revenue from direct response ads. The social giant has recently confirmed that they are testing a new way to display tweets that link out to eCommerce product pages. Experimenting with tweets that include a new ‘Shop’ button, the channel hopes to integrate product details directly into the tweet itself such as product name, shop name and even product pricing. All of this falls under Twitter’s larger push to become a creator platform, it recently announced plans for a new ‘Super Follow’ subscription service.

According to Facebook 85% of people now shop online, and with 2.74 billion active monthly users, they believe that they have created many avenues to capture this spend. In many ways, Facebook started the social commerce movement with Marketplace in 2016, which allowed users to wheel and deal in an eBay-like manner. Even earlier there was a ’Buy’ button. Then in May of 2020 Facebook, Instagram, Messenger and WhatsApp joined together to launch Facebook Shops. Then like the rest of the eCommerce industry a certain global pandemic ‘accelerated’ Shops. Now businesses can create their shop, customise it and refine their catalogue, before promoting to the masses by using shoppable advertising.

How could we talk about social commerce and not mention Instagram? Every month, 130 million people tap on an Instagram shopping post. With a brand new menu shortcut, curated shoppable feeds, and a whole host of tools aimed at supporting small businesses, there’s no denying that Instagram is on a mission is to turn the app into a streamlined shopping experience. The latest app update meant that users can now discover shoppable products straight from the main navigation menu, making it easier than ever to discover products and shop from brands.

For businesses, shoppable Instagram posts are a great way to visually showcase products and drive more sales. Thanks to Instagram Checkout, users can go from inspiration to purchase without ever leaving the Instagram app. They have also announced recently that they will be rolling out Shoppable IGTV. It is thought that this will rival TikTok’s social commerce capabilities.

Some could say that Snapchat is a bit late to the party with its social commerce bid, however now surpassing 265 million daily active users, the app is building a broad suite of products for marketers. One being Dynamic Product Ads, which is shoppable and designed to capitalise on the eCommerce boom. Snapchat’s augmented reality features make for a life-like user experience, try before you buy is a massive hit with Snapchat users whilst the high streets are closed. Snap has become a virtual showroom for eye make-up, nail polish and glasses among other things. In terms of tracking a Shopify pixel is being used, but according to Snapchat, they are the first social channel to properly measure AR campaigns.

To put our final channel into the same bracket as the other social media platforms would be a wrong assumption. Pinterest describes itself as ‘the visual inspiration platform’, where users can pin ideas and inspiration to boards, a lot of the time these are products that can, be bought on-platform. The fact that this platform is intended as an inspiration tool means that Pinterest’s shopping offering feels like less of an interruption to the experience than across other platforms.

Similar to the other social channels and the entire industry, Pinterest saw considerable growth in 2020. Its active users have increased 37% year-over-year to 459 million, with 100m of those joining last year. On 3rd March it ran its first advertising summit, called Pinterest Presents. The channel’s Head of Growth and shopping, Dan Lurie, gave a rousing speech on what to expect in the way of social commerce, “People are planning, they’re not looking for social interaction. They’re ready and willing to shop and discover new brands, and it’s that intent that makes Pinterest a different kind of platform. We’re building a place to shop online, not just a place to buy.” According to Lurie, 84% of Pinterest’s weekly users are considering products and services to buy. Pinterest’s ultimate vision is that you will be able to buy anything that you see on the platform, every Pin can be a starting point for shopping and it should be seamless from Pin to purchase.

What we can Offer

What if there was technology out there that could leverage the power of social commerce? That’s where we come in, Adimo’s shoppable technology turns awareness marketing on social into performance marketing campaigns, simply by providing customers with a seamless path to purchase. But that’s not all, our in-built sales tracking capabilities record key purchase and behaviour data for audience building and retargeting, alongside that all-important transaction data. So, whether customers are scrolling through Facebook shops, trying before they buy on Snapchat or just searching for some inspiration on Pinterest in just a few quick clicks they will have made their purchase.